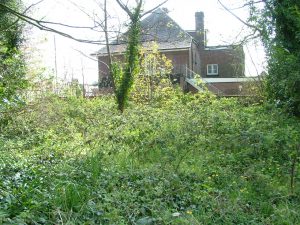 Purbrook Gardens before the work party. 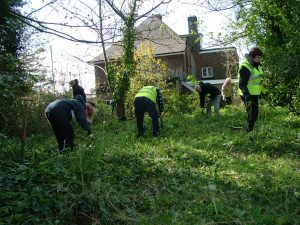 The team in action.

We concentrated on cutting back and digging out brambles and tidying the edge of the pavement.  We also removed three bags of litter, a pair of brake disks, a child’s scooter and some bricks.  The volume of material removed can be seen in the photo. 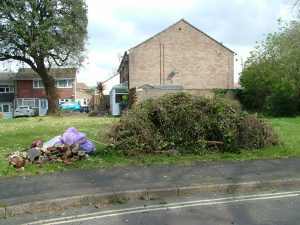 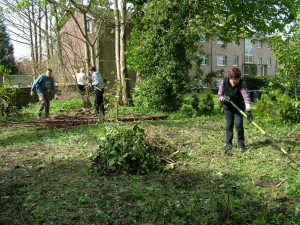 The larger branches, most of which had already been cut and left, were stacked at the back of the site to create a habitat for invertebrates. 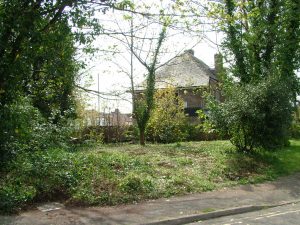 Purbrook Gardens after the work party.