There was a slight change of plans for today’s work party.  Wood chips from reduction of the two willow trees had been deposited in the pond, so instead of digging out sedges we moved them next to the hedge so they can be used as mulch. 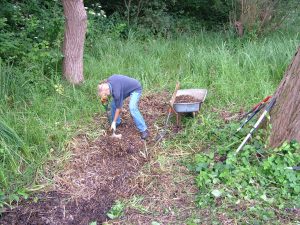 Digging out the wood chips. 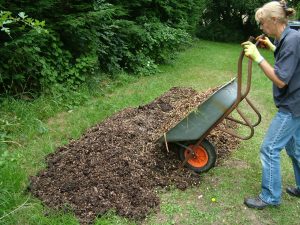 Moving the wood chips next to the hedge. 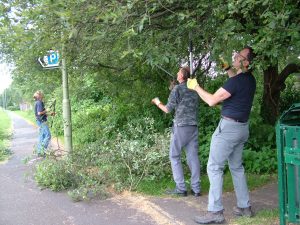 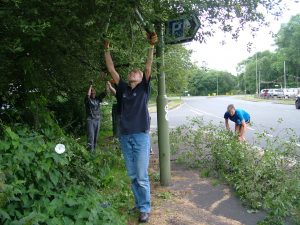 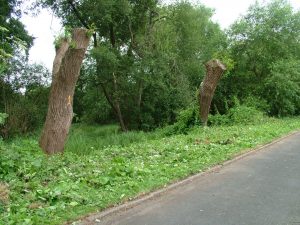 The verge cut back from the pavement. 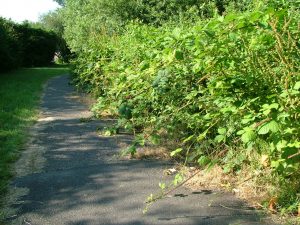 The path alongside the pond (before). 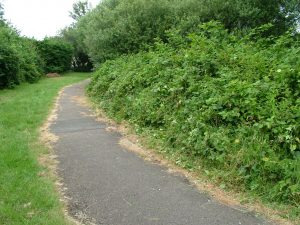 The path alongside the pond (after).